14th September 2021 was a momentous occasion for more than one reason!
Most importantly, the baton of leadership was officially passed on to the batch of 2021-22 through the Investiture Ceremony. Secondly, it was a very special day as the newly formalized names of the different houses were announced- Aspen, Cedar, Oak, and Maple. Mrs.Madhavi did the honors.
It also happened to be the first on-ground event after a long wait of 1.5 years! And what an incredibly successful event it was!

The same was celebrated as a hybrid event and only the elected Student Council members and their families were invited physically. The event was streamlined on Google Meet to the rest of the school.

The Solemn ceremony was graced by Dr. Suresh Reddy, Chairman, Mrs. Madhavi Reddy, Director Curriculum, Mr. Naresh Reddy, Director Operations, Mr. Sridhar Chintapatla, Dean, and Ms. Kavita Sinha, Principal, As a symbol of the beginning of the event there was ‘Lighting of the Lamp’ ceremony followed by a welcome.

The Chairman, Dr.Suresh Reddy applauded the Council members on their election and went on to remind them of their duties and roles that they will play during the coming year.

Ms. Kavita Sinha, the Principal, encouraged the members of the council to work as a team to draw out the best from each one. She led the students in the Oath taking ceremony.

The Head Boy, Ayush Kamath, and the Head Girl, Krithi Raghavan left the audience spellbound with their speeches on commitment, determination, wisdom, and zeal, both of which were impressive, to say the least!.

The impressive ceremony concluded with the School Song followed by the National Anthem. In celebration, a cake was cut by the Head Boy and Head Girl. 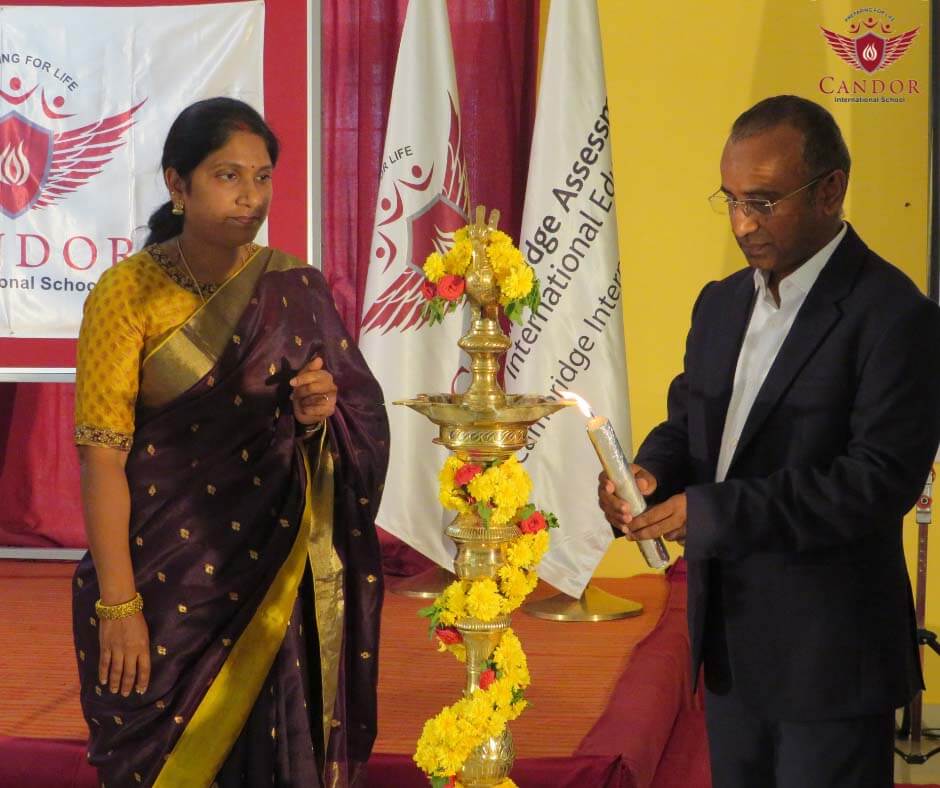 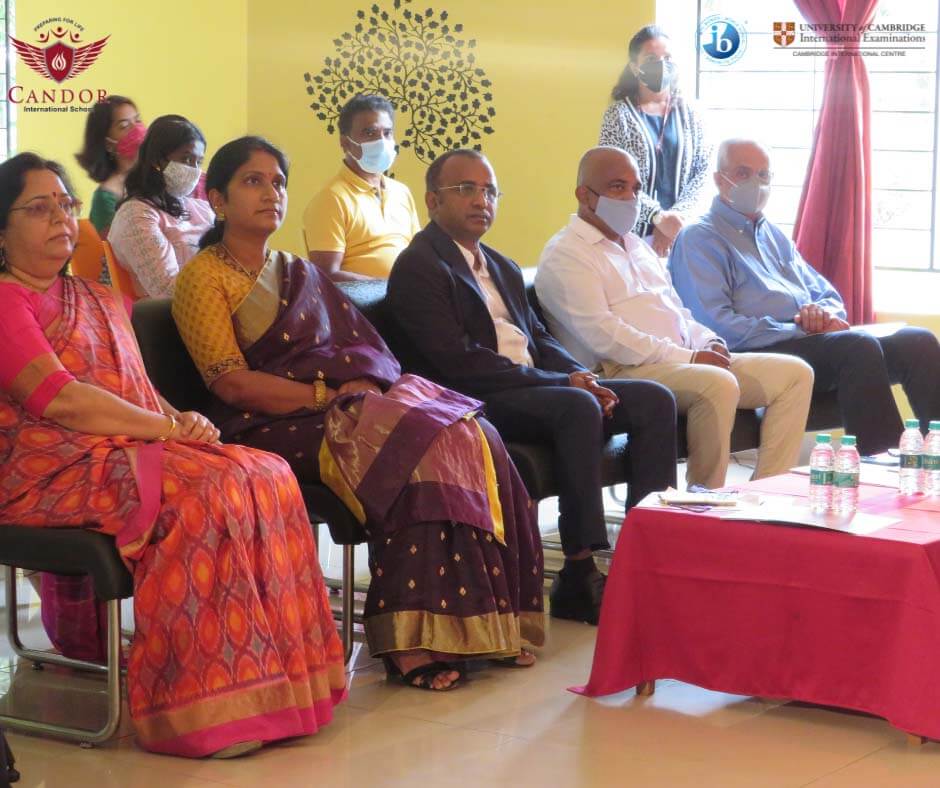 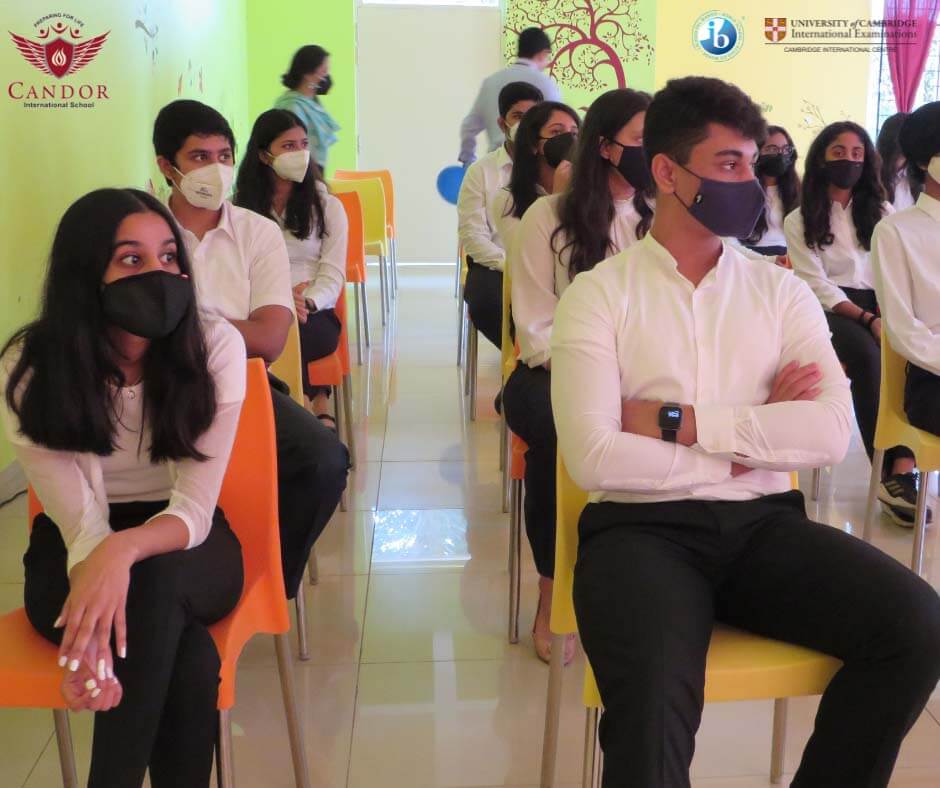 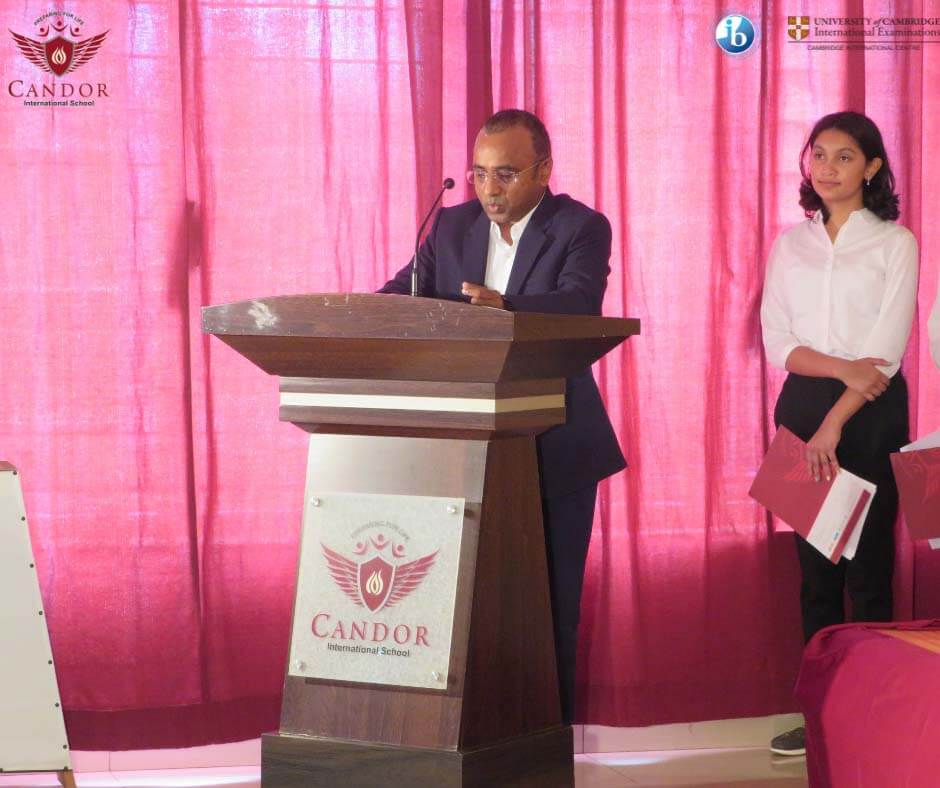 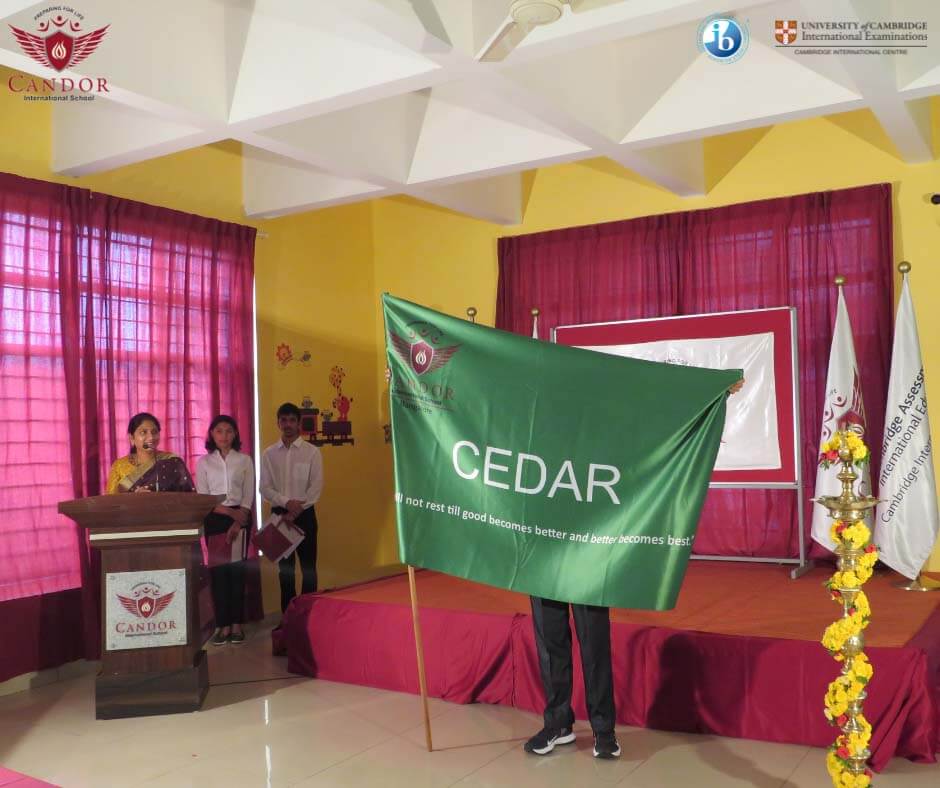 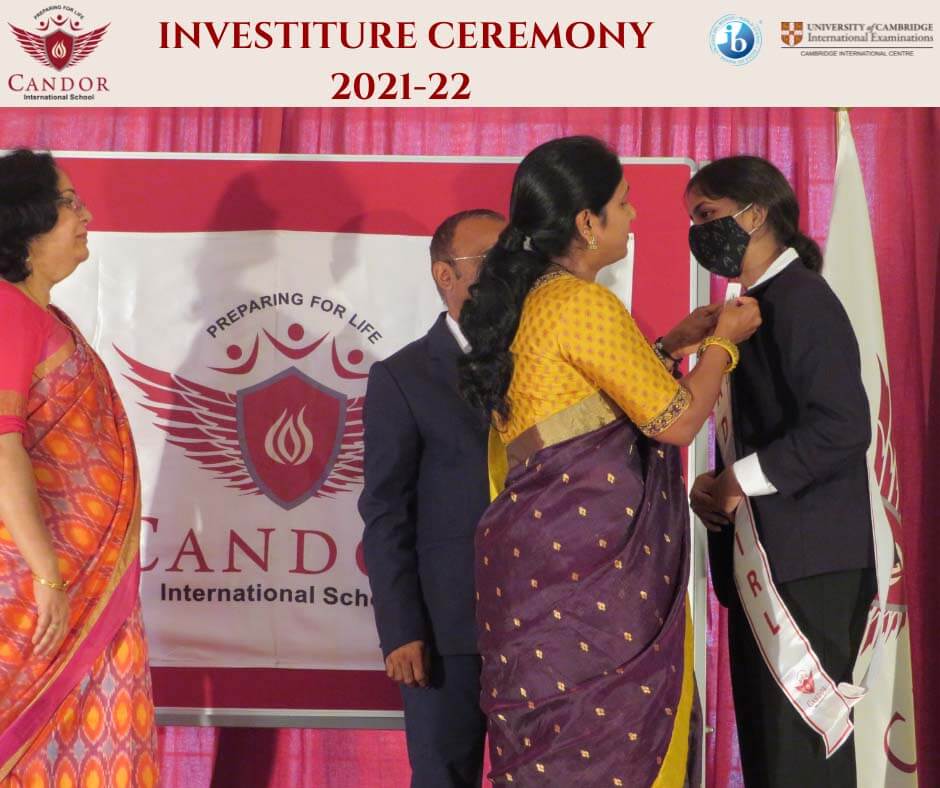 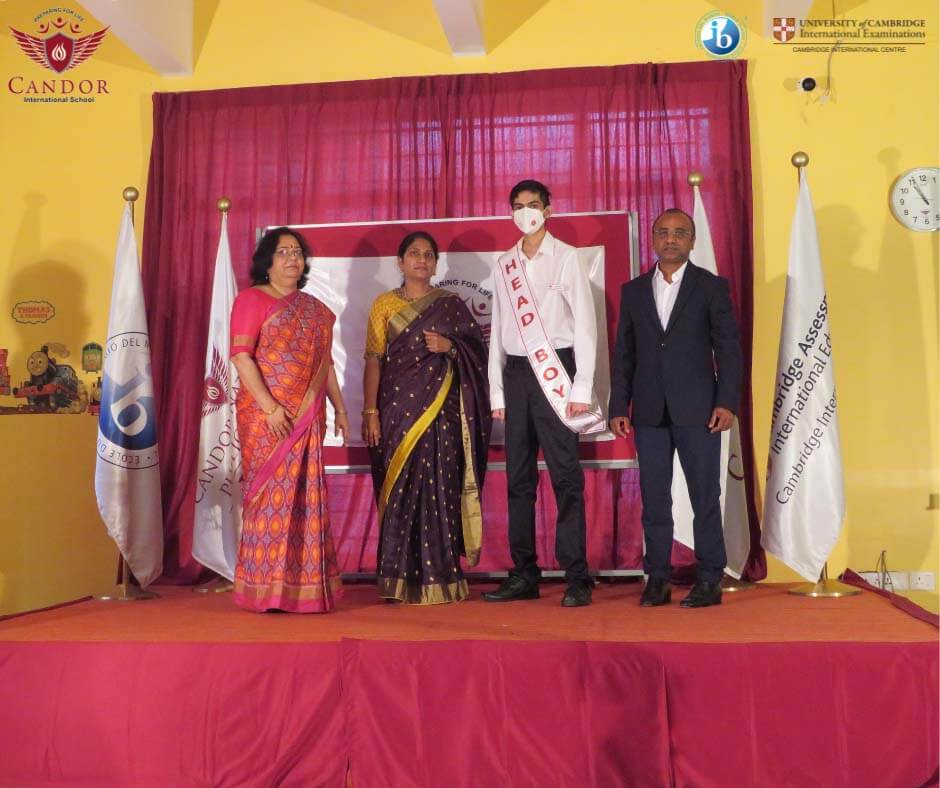 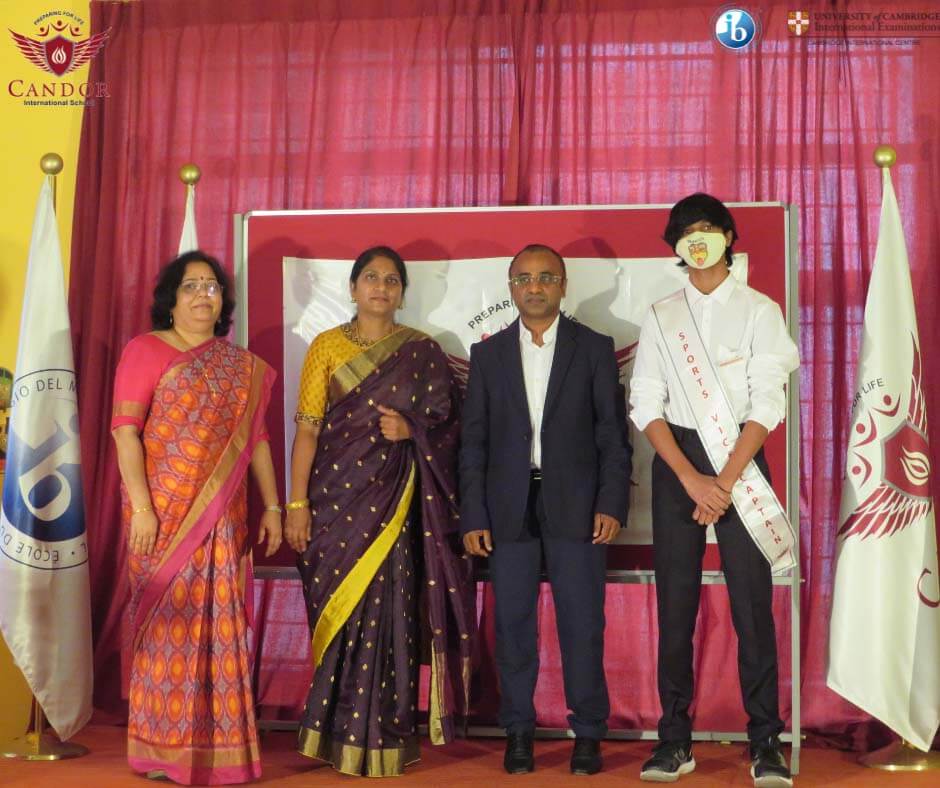 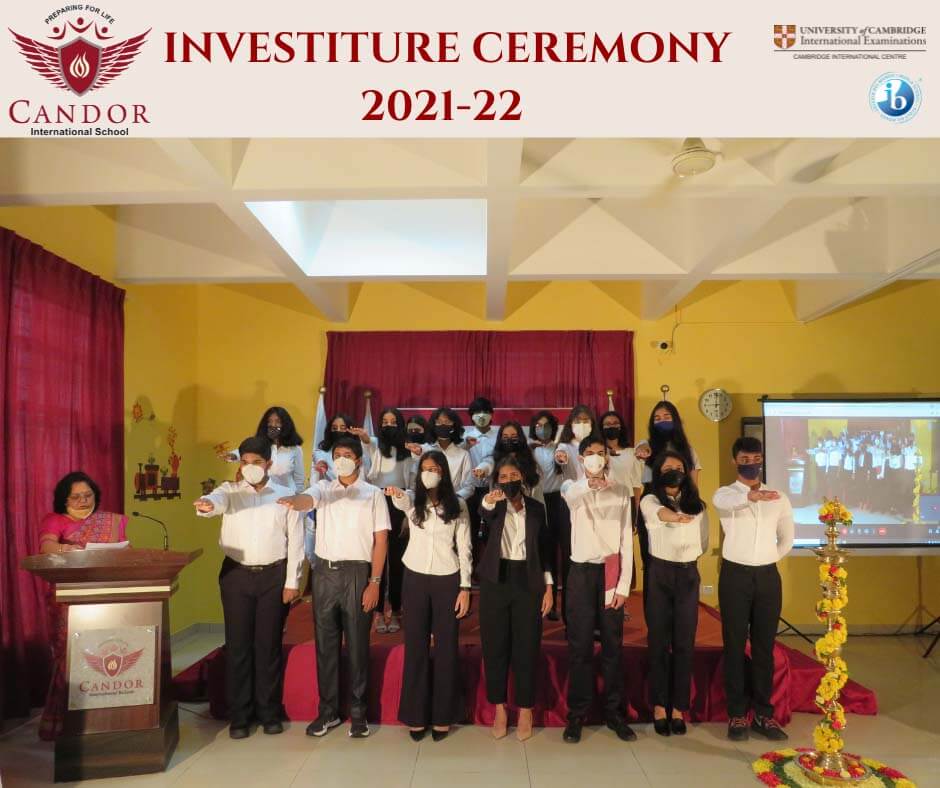 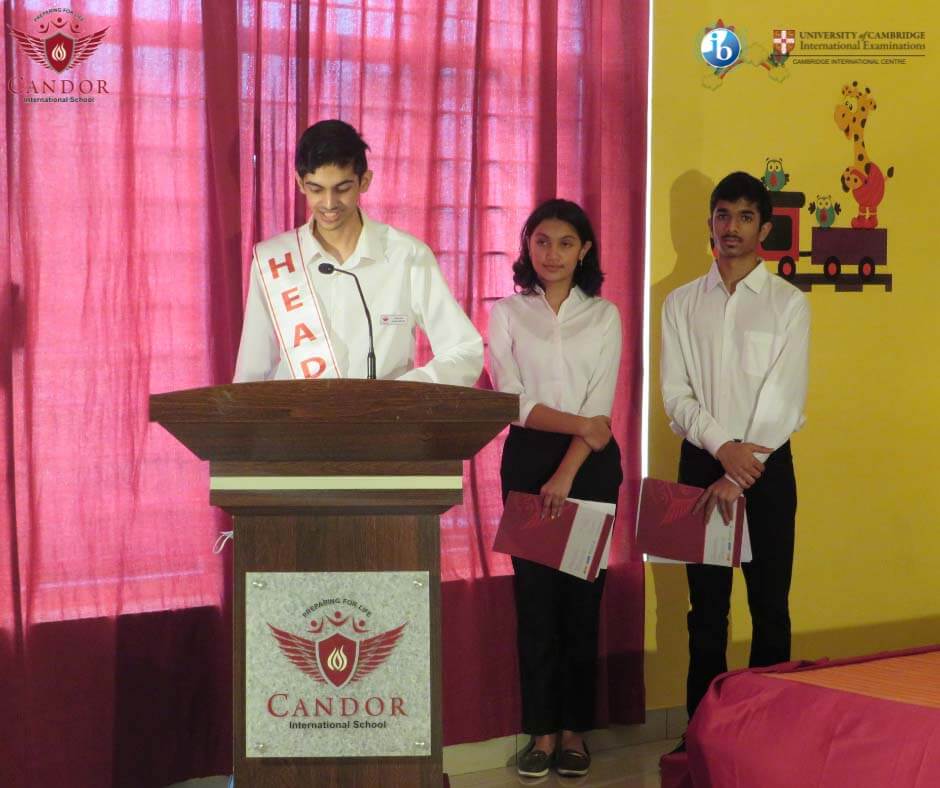 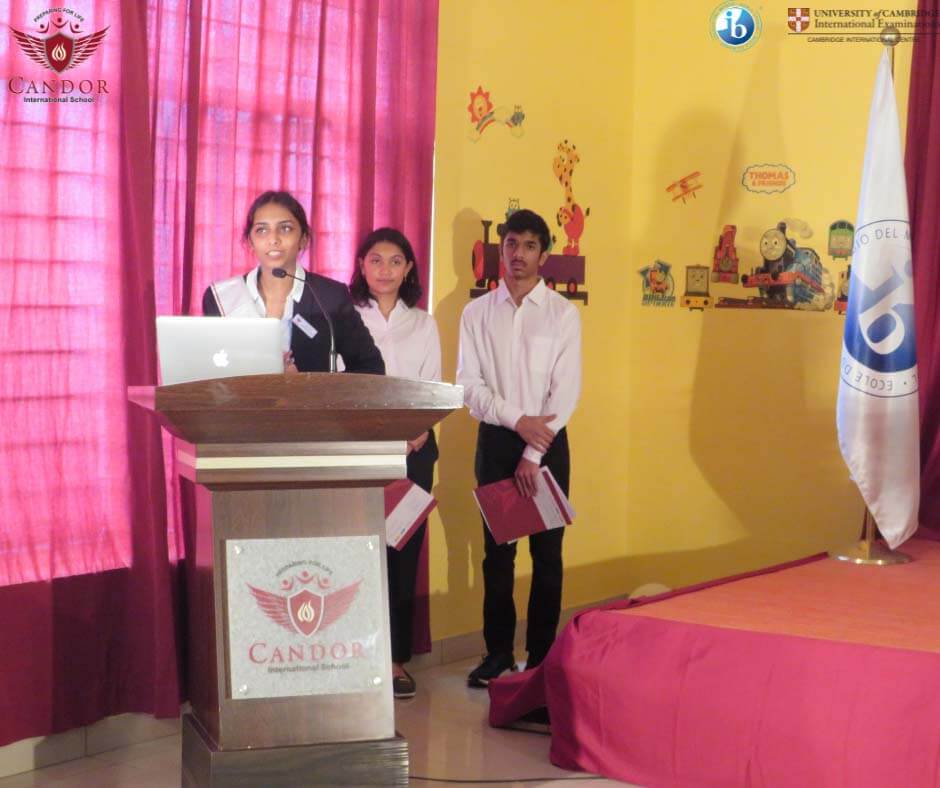 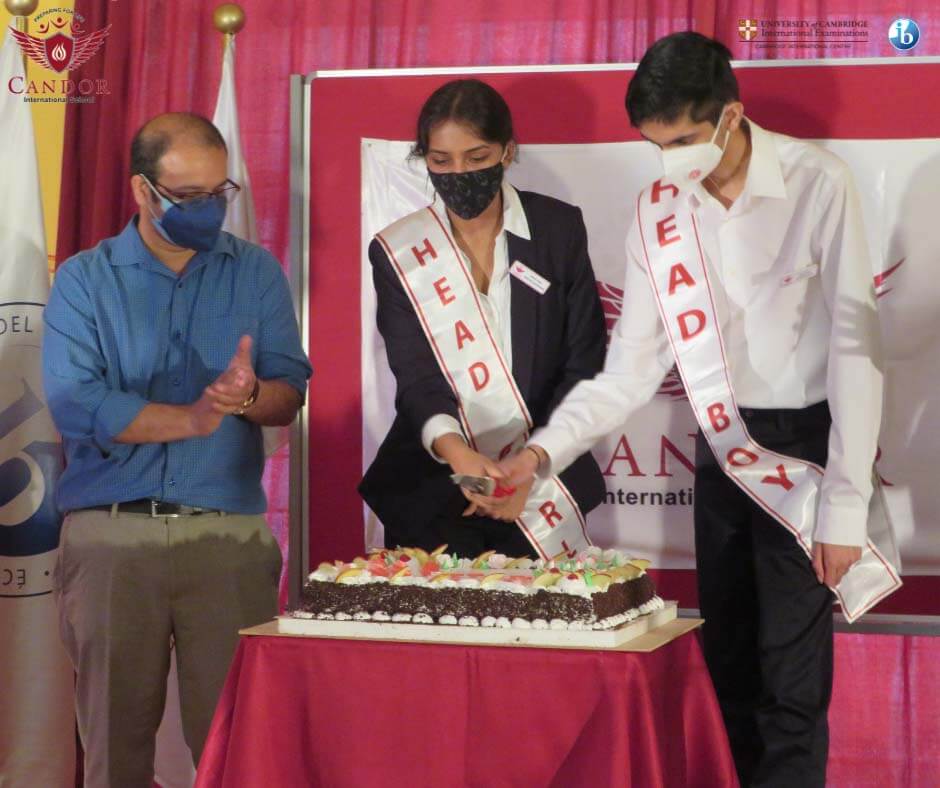 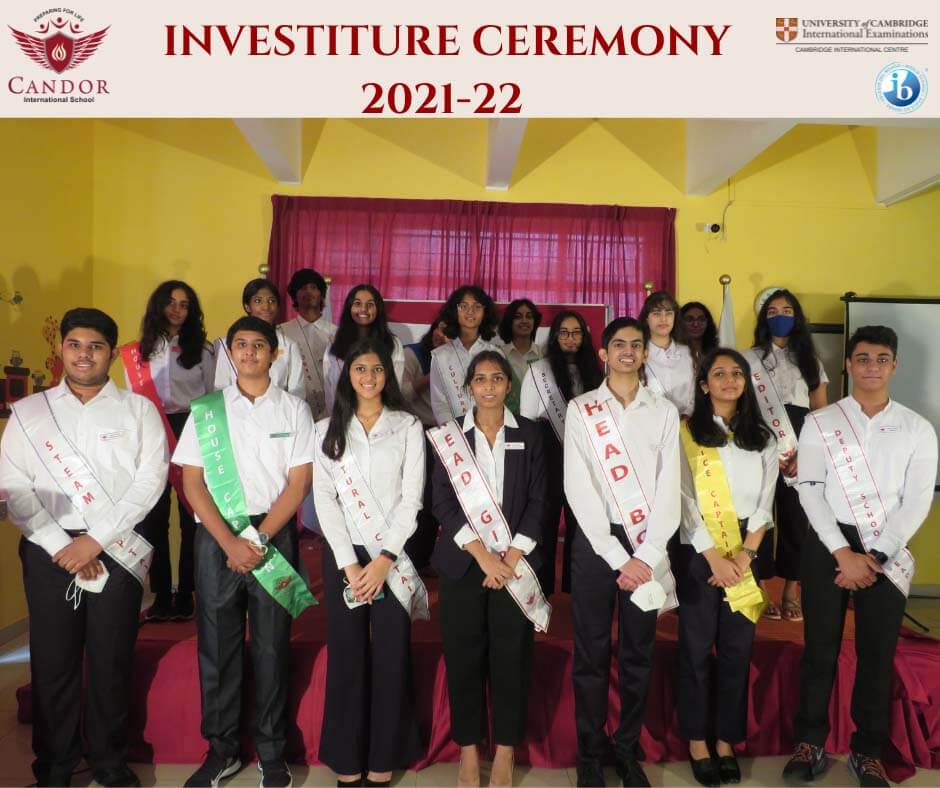