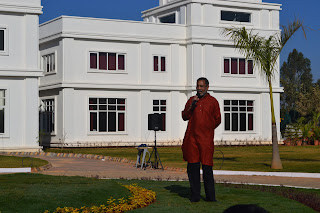 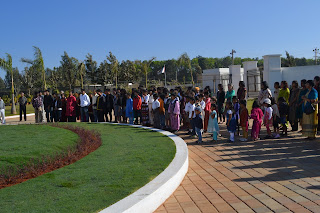 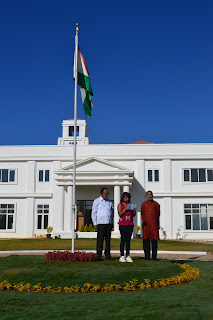 In India, Republic Day commemorates the on which the Indian constitution was adopted. It is also the day on which our national heroes are honoured. It is one of the three national holidays in India.
Parents and visitors joined in the celebrations held at Candor International School. The  Flag hoisting ceremony was very short and dignified with a Grade 8 student making a very meaningful speech about our role as a Candor community. Most of our students came in traditional wear, along with enthusiastic parents. 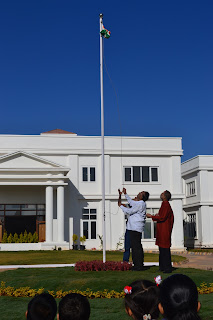 A scrumptious breakfast with freshly made Dosas  followed the flag hoisting. After breakfast there was a short musical interlude by our students Grade 6-9 who sang “Imagine” by John Lennon with live music backing. Their efforts were appreciated by all! It was a song that was ironically appropriate song for the occasion as it speaks about a borderless society. Kudos, to all students and special thanks to Mr. Vats, their music teacher.
Then it was time for fun and games. Students won in an all-girls throw ball match between students and staff, as well as between students and parents The last match was between the Staff and Parents was won by the Parents.
An all-boys soccer match showed enthusiasm, team work, skills, and sportsmanship by all the teams. All three matches ended in a draw. This brought our half day of celebrations to a close. A memorable day for all! 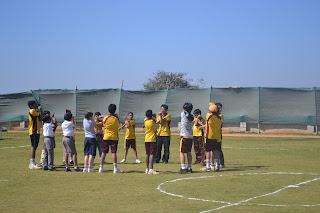 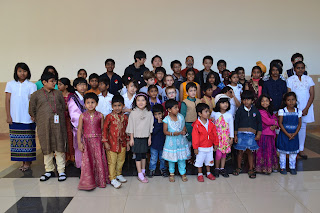 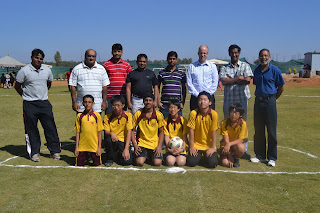 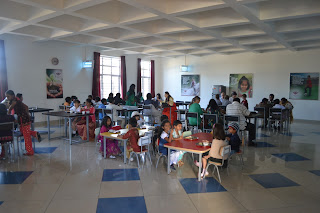